It was supposed to become a text editor or something, but primarily I just wanted to make the smallest bitmap font I could manage and draw it on screen. After the simple solution (glDrawPixels()) exposed a driver bug (underused code path), this was supposed to be the “proper” version using textured quads. Obviously, the vertices got scrambled somehow.

The project ended up on the infinite shelf shortly after I had fixed the issue, so this glitch piece remains its only notable result. :) 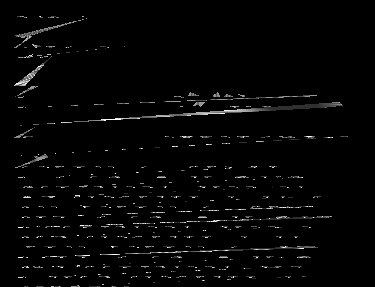