Wait, how big is an int?

After teaching myself the Go programming language in the year prior, I thought it would be cool to make something with OpenGL. I started out with a nice sphere by tessellating an icosahedron. That worked well. An then I wanted to make it better by using vertex indices… Which produced this furry ball.

What went wrong? I pondered and tried a few things for a whole day. And then I remembered that one time I read the Go language spec, specifically the part where it states that int, the data type that I was using for my indices was either 32 or 64 bits wide depending on the target architecture. Of course I had assumed it was 32 bits the whole time. This caused OpenGL to treat a single index of 64 bits as two 32 bit indices.

This incident was also used in an article about Go I wrote. 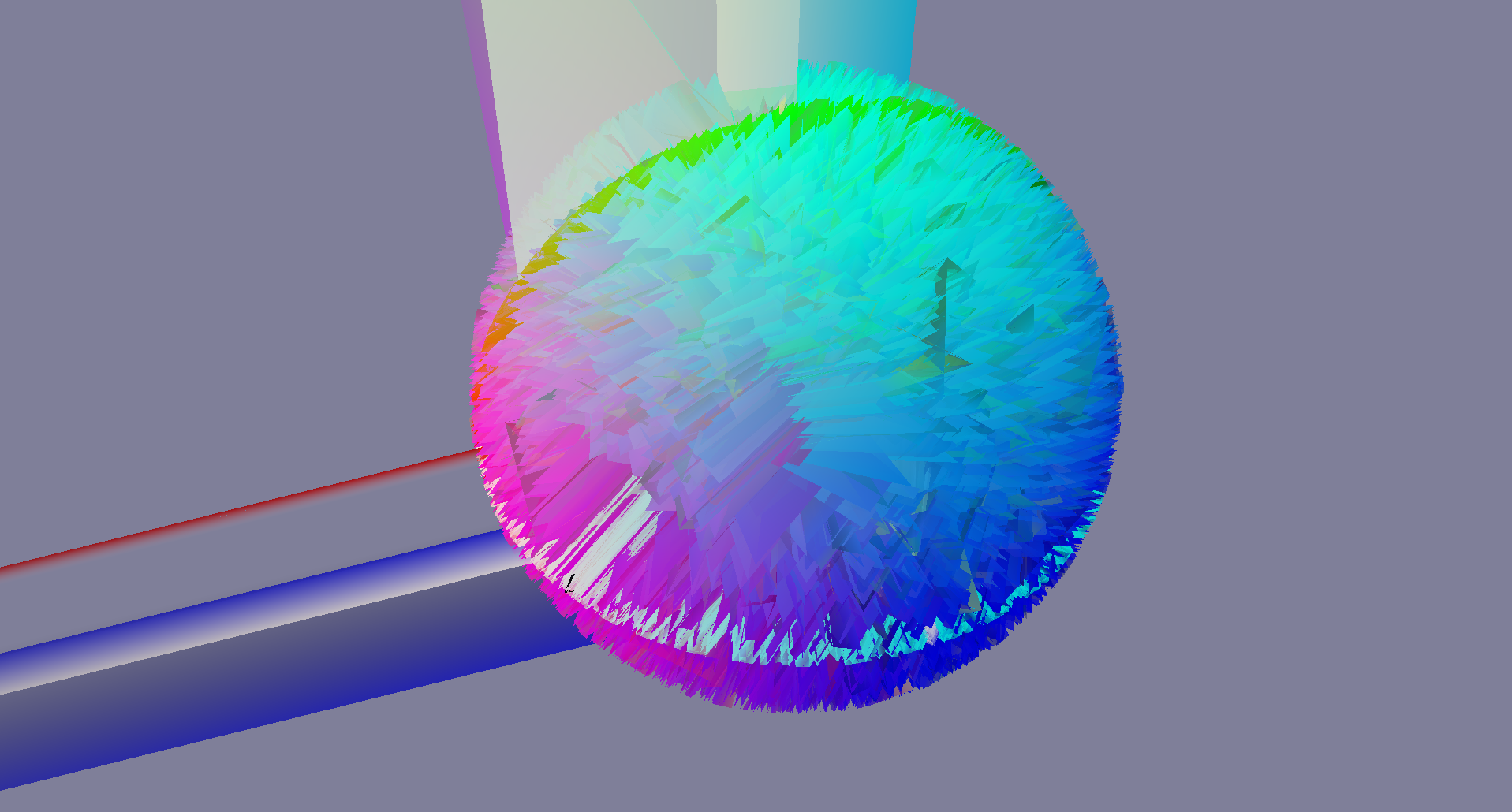