During the development of a visualizer tool for an academic paper I was writing at the time (Out Of Core Construction Of Sparse Voxel Octrees by J. Baert, A. Lagae & P. Dutré), I made an error in the code that descends into the hierarchical voxel structure we saved our models in, resulting in a render that not only omitted 80% of the voxelized triangle faces, but also did a hard cutoff of the normal information that was stored with them, resulting in this weird glitchy noir-ish classic Stanford Bunny. You’re seeing triangles which are actually built up from tiny voxels, in a 1024 x 1024 x 1024 voxel grid.

The renderer was a CPU-based raytracer that used OpenGL to display the final result in a screen-filling quad at a resolution of 512 x 512. Thanks to the inherently parallelizable nature of the raytracing algorithm I could slap OpenMP on it and get it to run at interactive speeds, whilst loading all university-provided cores at 100%, naturally. 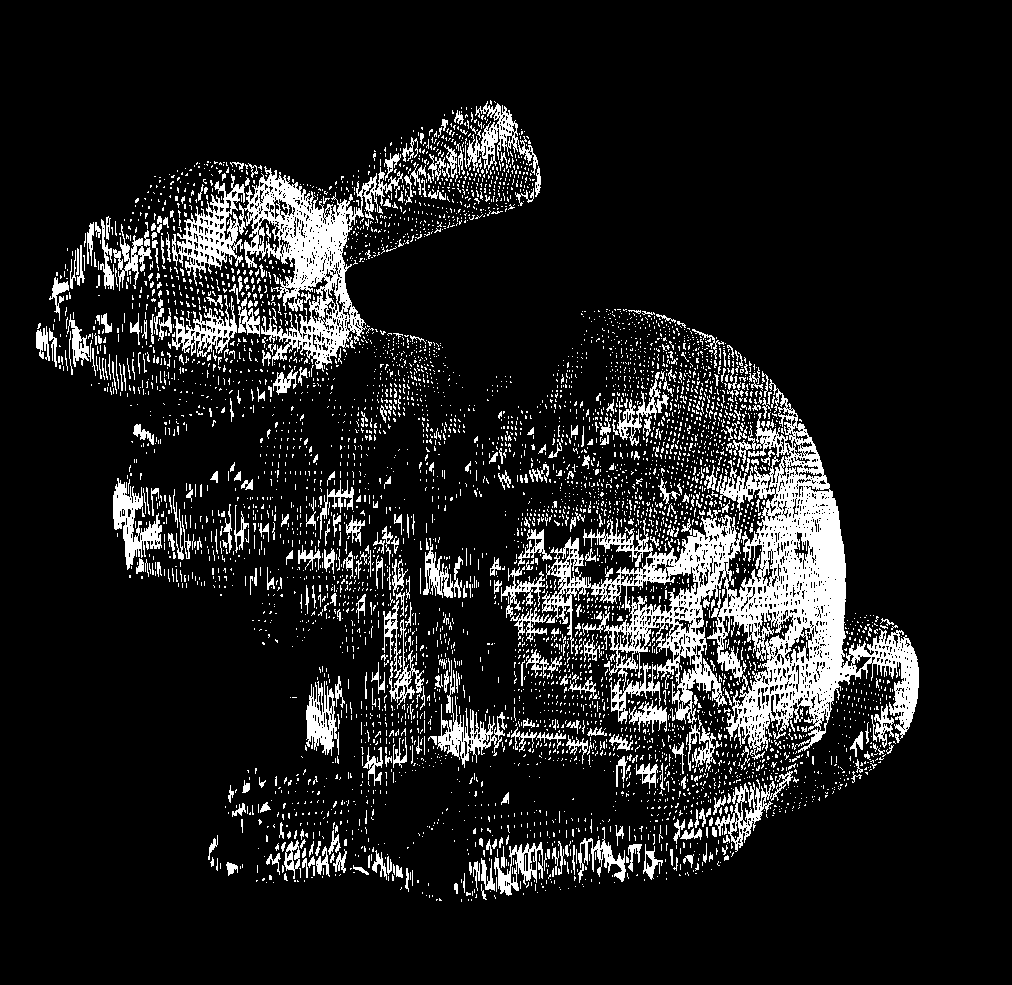