While trying to generate an artwork using a Google Colab based software called Disco Diffusion, I tried to get rid of some elements, which I thought were wind turbines. Using a negative weight turned out to have a very large, unintended effect.

The full text prompt was: “A windy coast on a cloudy day, by Caspar Friedrich and Albert Bierstadt, featured on ArtStation:5”, “turbines, towers:-10”

I enabled the RN50x16 model - everything else used the 4.1 default settings. 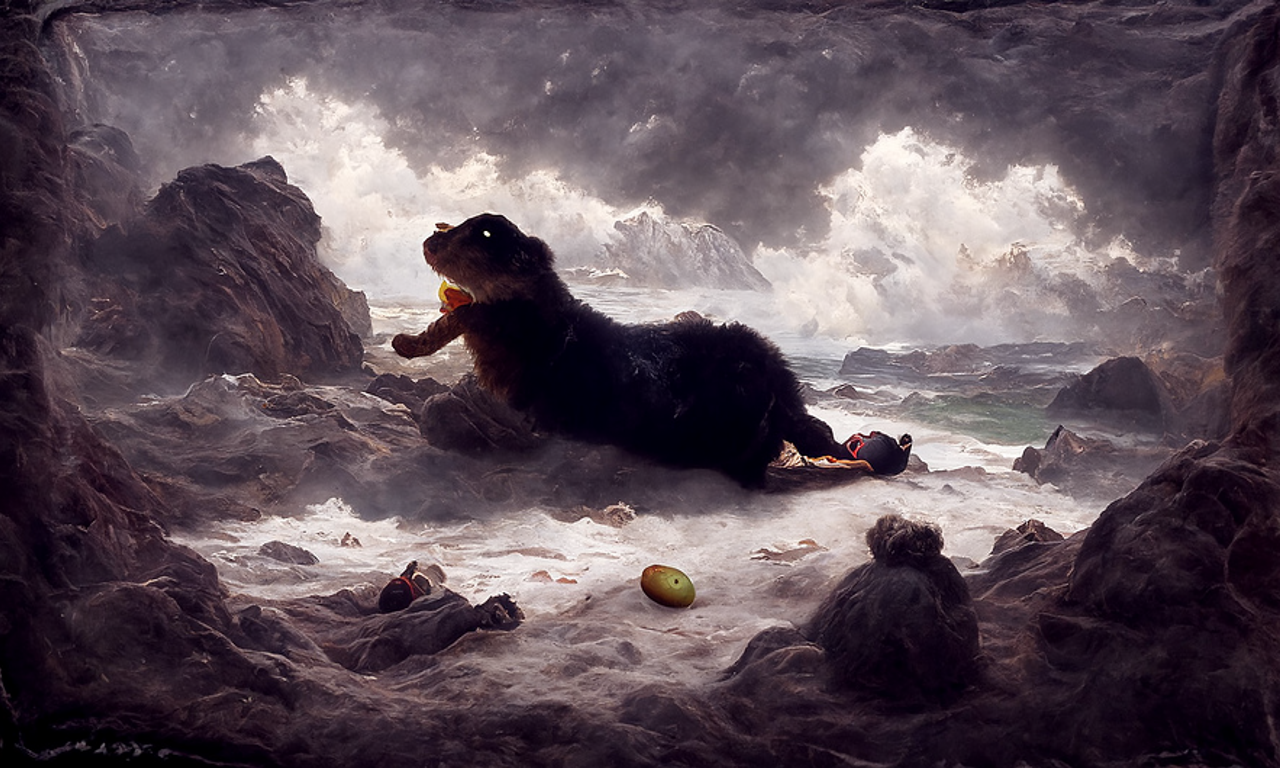